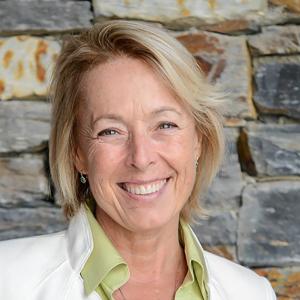 The Pathobiology of Age-related Macular Degeneration

Research conducted in our laboratory is dedicated to understanding the molecular and cellular mechanisms that contribute to age-related macular degeneration (AMD) pathogenesis and pathobiology such that novel targets can be identified and used for the development of therapeutics to treat people with AMD.

AMD is a late-onset, progressive, neurodegenerative disease with devastating impact on the elderly. This disease occurs primarily in people over the age of 65 years and accounts for approximately 50% of registered blindness in Western Europe and North America. AMD develops as either dry (atrophic) or wet (exudative). AMD is characterized by the accumulation of extracellular lipid- and protein-rich deposits between the retinal pigment epithelium (RPE) and Bruch’s membrane (BrM). These sub-RPE deposits may be focal (drusen) or diffuse and likely contribute to disease pathogenesis and progression similar to intercellular deposits characteristic of other diseases like Alzheimer’s disease, atherosclerosis, and glomerulonephritis. Although the molecular bases of these diseases may be diverse, their pathogenic deposits contain many shared constituents that are attributable, in part, to local inflammation and activation of the complement cascade.

A major focus of our research program is to develop, characterize and use murine models of AMD that are based on multiple known risk factors of human disease and that faithfully recapitulate many aspects of human AMD. We have been using these models to elucidate the mechanisms of pathology and progression for AMD as well as identify therapeutic targets and test emerging therapies. We are using AAV-based gene delivery/therapy, immunotherapy and small molecules to establish disease pathways and preclinical proof of efficacy in our AMD models.

Our models of age-related macular degeneration:

Another research program in our laboratory focuses on the study of RPE-derived exosomes. Exosomes are cell-derived nanovesicles that carry protein, lipid, and genetic material from their cell of origin, enabling cells to communicate in a non-contact manner and modulate immune-regulatory and other cellular processes. They are released from various cell types under normal and pathological conditions, influencing the activity of recipient cells by carrying active signals or modifying the extracellular milieu. We are specifically interested in their role in the RPE.

The RPE functions to maintain the outer blood-retinal barrier and to support photoreceptor function, including regeneration of visual pigment and turnover of outer segments. Dysfunction of the RPE underlies pathology leading to development of AMD. Multiple lines of evidence indicate that one of the major culprits observed in RPE dysfunction is dysregulation in the endosomal pathway. It is thought that in AMD this dysregulation in RPE cells is at least in part responsible for the formation of the protein- and lipid-rich extracellular deposits between the basal lamina of the RPE and the pentalaminar collagen- and elastin-rich Bruch’s membrane. At present, the exact mechanisms for drusen formation are unknown. Since RPE-released exosomes and other nano-sized lipid bilayer extracellular vesicles (EVs) are essential parts of the endosomal pathway, we hypothesize that exosomes released from stressed RPE cells are distinct from those released from unstressed RPE cells, and that these exosomes are involved in the pathognomonic deposit formation and extracellular matrix (ECM) changes that underlie the early and late stages of AMD. Accordingly, approaches to characterize these vesicles and modulate their release have high potential to give important insight to disease mechanisms and new treatment targets. Significantly, very little is known about RPE-released exosomes and other EVs. By evaluating complementary in vitro and ex vivo AMD models, our overall goal for these studies is to determine the role of exosome secretion in sub-RPE deposit formation and in ECM changes under conditions relevant to AMD, and whether pharmacological or gene therapy/biological therapeutic interventions are possible.

In a related project we are investigating the potential of isolating RPE-derived exosomes from the systemic circulation. Successful isolation and characterization of these blood-borne RPE-derived exosomes could yield specific protein and nucleic acid cargo that give real-time biological information of RPE health in retinal diseases such as AMD. Thus, they may serve as biomarkers to evaluate efficacy of novel treatments in clinical trials or as prognostic biomarkers to predict disease progression.